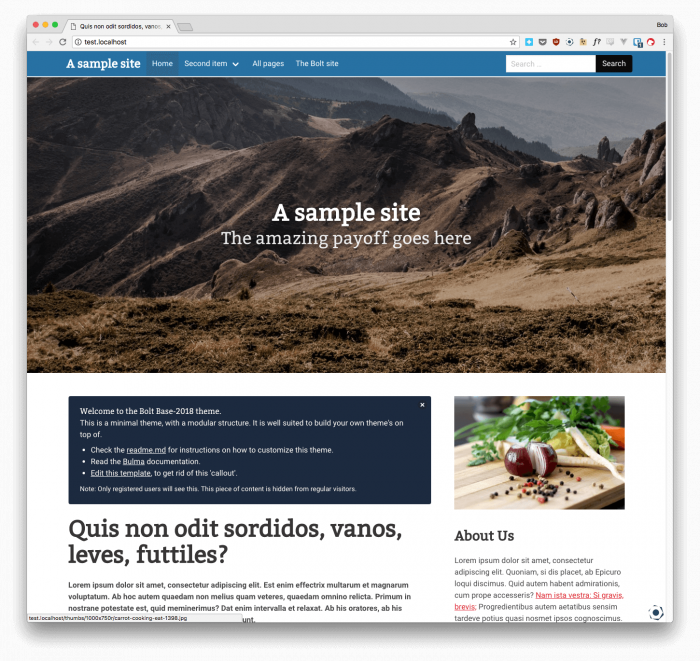 We've released Bolt 3.5, as a new feature release. It comes with a number of new features and improvements, as well as a number of bugfixes. This release contains no security fixes.

For a comprehensive list of changes, refer to the changelog on GitHub. Below you'll find a number of highlights.

Perhaps the most visible new feature in Bolt 3.5 is the new default theme: Base-2018. It’s a new theme, built from the ground up, to provide a good “Out of Box” experience, showcasing a number of Bolt features. The theme can be used as-is, or it can serve as the basis for your own custom theme.

Because a picture says more than words, here’s a few screenshots of the new theme:

In Bolt 3.3 we moved away from a remote embed client, and incorporated a built-in embed client, to facilitate embedding of videos from Youtube, Vimeo and the like. We determined that we could use this same built-in client to allow for embeds for other types of embeds: Soundcloud, Twitter, Issuu or any other kind of media provider that supports the OEmbed standard.

Homepage singleton in the default ContentTypes

In Bolt 3.4 we added the Singleton ContentType: A ContentType, of which there is always exactly one. Great for a "Homepage" or "Site settings". In Bolt 3.5 we've added such a Homepage Singleton to the default contenttypes.

If a Record has a number of Blocks or Repeater sets, the screen can get cluttered easily. Starting with Bolt 3.5, you can collapse and expand the sets, to keep a better overview.

A lot of the used components have been updated to their latest versions. Both those that get pulled in by either Composer or Yarn, but also those that were "hardcoded". For example, the CKEditor component has been updated, and looks noticeably more coherent with the rest of the edit screens. 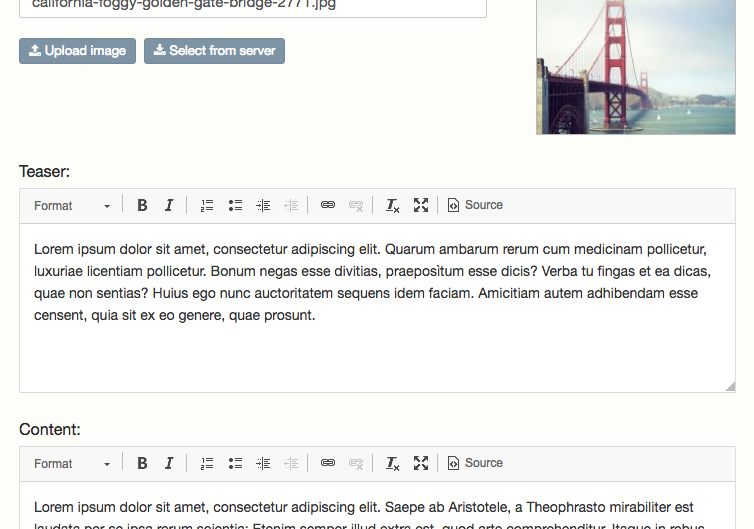 For a while it's been possible to group a number of ContentTypes together in a menu, to keep them organized better. However, these groups were always listed at the end of the list in the backend. In Bolt 3.5 the groups appear in the correct order, even in between of the "regular" ContentTypes.

Additionally, extension developers can now easily add 'submenus' to the menus that are added by their extensions. For a simple code example, check the description in the corresponding Pull Request.

The import and export functionality in the nut command line tool is great to make a quick backup of your content, or to help in migrating between different database platforms. Starting with Bolt 3.5, you can also export and import the current Bolt users, including their encrypted passwords. Just run the following to get a full export, with the users included:

Other noteworthy changes and improvements:

Detailed instructions can be found in the install section of our documentation site. It lists the various supported ways to install Bolt, including links to the pre-packaged distribution versions. If you want to get up and running quickly, use:

If you're upgrading from Bolt 3.1 or 3.2 to Bolt 3.5, there are a few caveats you'll need to take into account. See the release posting for Bolt 3.4 for instructions on how to update your sites smoothly.

The update itself is pretty straightforward. If you're using composer to update, set the following in your composer.json:

If you're on the CLI, but prefer to update using the distribution files, follow the instructions above. 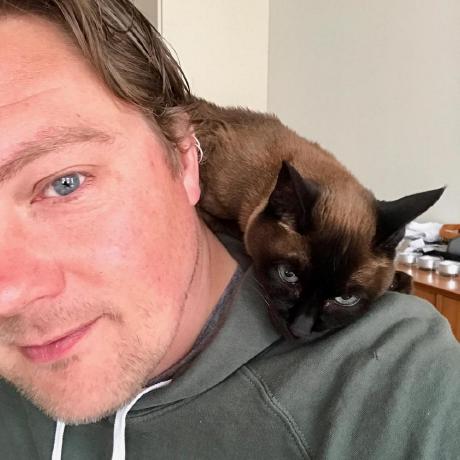